The Walter Tiemann Prize was first presented in 1992 and has since been awarded every other year to honour innovative typographic design ideas. It is announced internationally and is aimed at those who consider the book a contemporary work of art. A work in which content-based concepts are realized with the help of outstanding graphic design, in which the chosen means are employed in appropriate and meaningful ways, and in which, despite the book’s long tradition, something surprising is visualized through the design. The call for entries is primarily concerned with a typography that enforces, comments and organizes the content, and yet explores new paths.

The award is organised by the Verein zur Förderung von Grafik und Buchkunst. It will invite a group of specialists including the previous awardee to form a peer jury. The jury decides on the award winners: a main award that comes with 5000 euro prize money, and two prizes worth 1500 euro each. The Walter Tiemann Prize is funded exclusively through donations. The society aims to acquire all prize-winning books for its library, which is available for exhibitions as well as for individual study.

We regret that the Walter Tiemann Prize 2022 has to be suspended due to the situation. The call for entries planned for fall 2021 has been cancelled.

Walter Tiemann (January 29, 1876, Delitzsch – September 9, 1951, Leipzig) was a Leipzig-based typeface designer, typographer, illustrator and author. In 1907, together with Carl Poeschel, he founded the Janus-Presse, the first German private press modeled after the English Doves Press.

The custom typeface developed for this venture marked the beginning of his successful career as a typeface designer in collaboration with the Klingspor Type Foundry in Offenbach. Tiemann was appointed professor and from 1920 on also director of the Akademie für graphische Künste und Buchgewerbe in Leipzig. The “Academy for Graphic Arts and Book Trade” was then Germany’s only art academy where the educational objectives were aimed at the exceptionally well designed book. It was consensus among the teachers that a design idea should be derived from the work’s content.

Walter Tiemann attached great importance to high quality craftsmanship as a basis for artistic merit. One of his most disputatious students was Jan Tschichold. 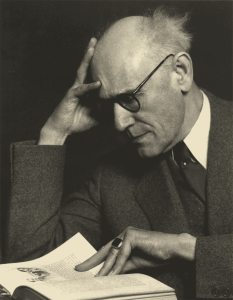